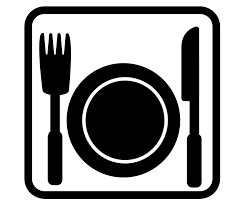 Dining in Bendigo doesn’t get much better than at the Old Boundary Hotel located on Milroy Street. Having been renovated inside it features a warm red brick interior with mining and gold rush memorabilia. Large red gum timber bars accompanied by high back stools await the thirsty ones. A variety of ales, both heavy and light are on tap.

Open gas fires feature in both the bar and the lounge. The friendly staff will welcome you on arrival at the Old Boundary Hotel Lounge which is a separate area from the bar and is also open 7 days a week.

A feature of the Hotel is at the back where you can be seated in the Terrace. This area is more relaxed and during the day the sun streams through the windows. In the evening the garden comes to light.

The Terrace is fully air-conditioned and heated for patrons. Call into the Old Boundary Hotel where the bar staff and chefs will look after you with a cheery smile and the good old fashioned hospitality of yesteryear.

Percy and Percy is a Bendigo local that wears its history on its sleeve. Now a thriving cafe, the building enjoys a colourful past and has a few stories to tell. When owners, Elisha and Dan, purchased the site in 2012, it had been an office block for 30 years. Whilst waiting for permits, the couple’s research revealed that the site had been a grocery store in the 1920s owned by Percy Watts.

It then morphed into a milk bar under the direction of Percy Forbes, serving locals until the mid-1980s. The previous owners inspired not only the name of the cafe, but its very fabric, with Elisha and Dan choosing to integrate elements of a milk bar and a grocery store into their modern-day offering.

Elisha and Dan are proud to carry on the historical traditions and values of this forward-thinking cafe, providing quality food to both Bendigo locals and visitors alike. With beautifully styled brunches and carefully crafted coffee, Percy and Percy is sure to be a local favourite for a time to come.